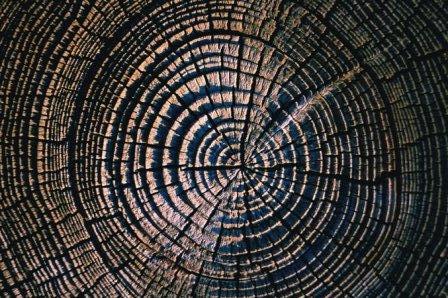 We spent two weeks in San Francisco and during that time our mother went from a woman who was going to recover to one who was going to die. It was a time of contrasts and emotions. My sister and I had not seen one another or spoken for years and had missed out on years of each others lives. Our brother had emigrated when he was in is twenties and, although he visited us, this was our first visit to his home and city.

And it is a beautiful city.

When we were not sitting by our mother’s bed in the hospital we were out exploring. My sister and I found a coffee shop run by a very handsome and friendly young man and it became our habit to go there in the morning. We loved his accent, his film star looks and the cheery way he greeted us as if he had known us forever. We would sit there, on low sofas, reading the papers, eating pastries and talking. With our mother dying  there was a strange sense we were experiencing parallel lives: one was the here and now where everything was thrilling and full of light and the sights and sounds of San Francisco: the musical sound of the cable car bells, the thrill of visiting Haight- Ashbury or the City Lights bookshop, of seeing a real sheriff walking towards you, of driving along the Pacific coastline and reading road signs for places we had only ever read about or seen in films, of feeling something of the the vast beauty and wildness of America in the Muir Woods beneath the tallest living trees, or watching snow falling unexpectedly as we climbed, in the wrong shoes, towards mount Diablo;  while in the other life back in the hospital everything was dark and knife edge and desperate.

When she flew out to America my mother had taken out no health insurance. I can only suppose she knew she was high risk. Before the cancer diagnosis the doctors tried various procedures, one of which was to give her a complete blood transfusion. Those two weeks were by turns so shocking and exhilarating that I can barely remember  exactly what was happening.  People say that extreme events are like a dream and I understand that. Maybe it wasn’t a complete transfusion but I remember them saying something was wrong with her blood. All I know is that hospital bills for large amounts began to arrive in the mail. We were all at a loss what to do, and I think at first we tried to avoid even thinking about it.

The pattern became that in the morning we would visit the hospital and in the afternoon we would  become tourists. We had a lot of fun and laughed a great deal. In the evening we would sometimes order a video and some food, you could even order sweets to be delivered to your front door! To this day my daughters speak of Milk Duds! We discovered Sponge Bob who wears square pants and a fantastic cartoon character called CatDog- one end is a cat the other end a dog which means they are constantly bickering. We all loved it. But always we had to come back to the reality- our mother, with whom we all had a complicated relationship, was suffering, dying and lying unable to speak, connected to machines.

I can’t remember when but at some point the bags and tubes were replaced by a life support machine.

The decision to switch it off was handed to us.