At the top of the stairs there was a garden. it was very still and very neat.A solitary blue tit, frozen in flight, emerged from a tree. 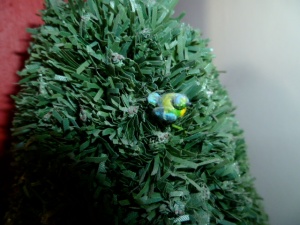 Doll Splinter sat in a chair under a parasol, and thought. She missed Egg O. Although he was conceited and opinionated he always had Big Plans and she liked that. She wondered how he was getting on,whether he was having the time of his life. Would he ever come back? She decided that she would write to him and tell him  about this house.He might be inspired to write a song about it!

She stood up and listened. Nothing was moving. There was a side door into the house but it was locked so she went down the stairs again and found the back door because as she knew, you must never go through the front door, and she slipped quickly inside . 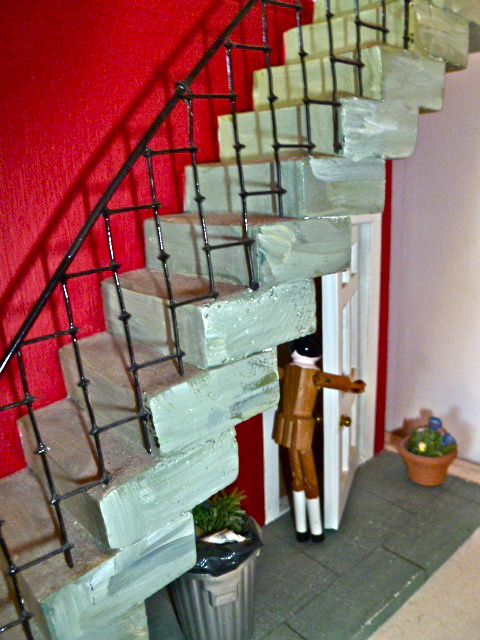 The door opened into a kitchen and on the kitchen table was a chocolate cake and plates and a lovely red teapot full of hot tea.

Someone had put them there yet all was silent. No footsteps in the rooms upstairs, no cat eating from the bowl on the floor and absolutely no-one asking why she was there.